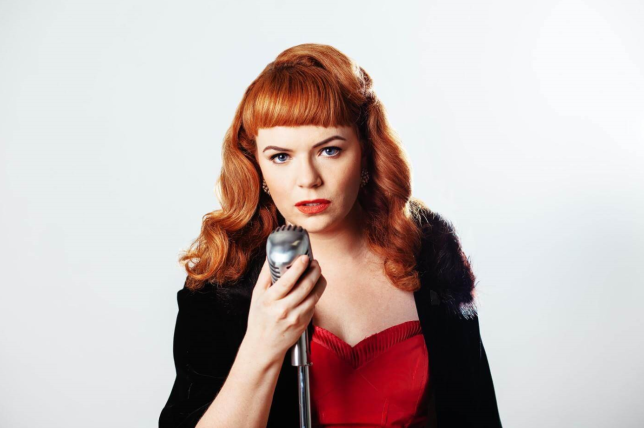 This was one spectacular theatre piece. The great room at the Gilded Balloon boasted comfortable seats, a large space and an enticing stage. Rebecca Perry stepped out resplendent in a gorgeous Hollywood-style red dress and held out her arms to us, ready to burst into song. Courtesy of Perry, we were going to spend an hour in the company of four legends of Hollywood: Judy Garland, Lucille Ball, Betty Hutton and Bette Davis.
In a mixture of music and story, the performer took on the persona of each of the stars in turn, seeming to switch from one to another with seamless ease and performing their classic signature songs and routines with perfect pitch. Not to mention clever costume changes with various items added on top of her red dress to denote the different characters. And in between, she told us the stories of their remarkable careers and how they each in their own way had to fight their way to the top in the face of all kinds of male criticism and manipulation. All were trailblazers for women following in their wake.

The show impressed us as much as a whole entourage of performers, you had to remind yourself it was just one solo performer belting out the well-loved songs of yesteryear with relish and an enthusiasm that grabbed your attention. When it came to “Over the Rainbow” all were close to tears as Rebecca invoked the spirit of Judy Garland in a wondrous rendition that struck right to the heart of the original. The hour was an absolutely perfect homage to days gone by, repeatedly hitting just the right tone to evoke the golden era of Hollywood. A voice to bring the house down, articulate and heart-warming storytelling, this was a spectacular hour of glorious pure entertainment. 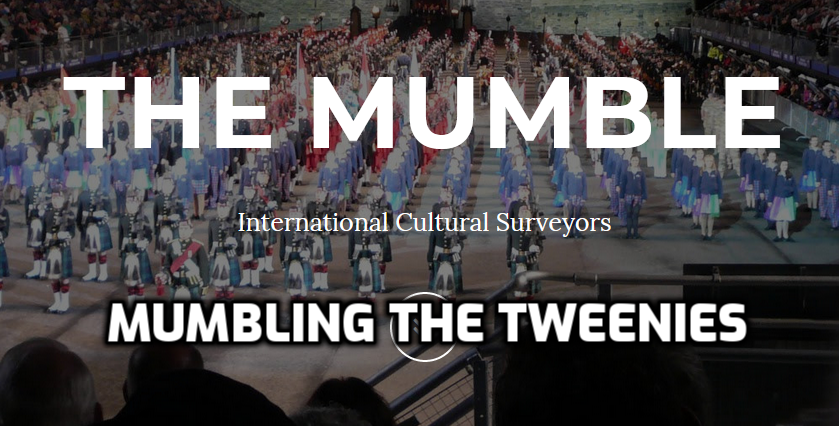